Wellborn Auto Service provides a wide range of services to keep your vehicle running smooth.
As your trusted VW & Audi Specicialists, we pride ourself in providing services for all makes and models. 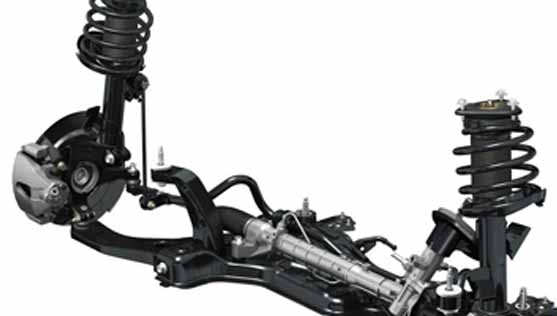 The Suspension System is designed to provide a smooth ride for you and your passengers and to safely keep all the wheels in contact with the ground at all times, given all road conditions.
Technological improvements are constantly being made to optimize the suspension system. Wellborn Auto Service is aware of these developments and make sure that your vehicle's suspension is as efficient and durable as possible.


Components of the Suspension System

Here are some of the components of vehicles suspension system.
If you have additional questions about this or any other service, we are more then happy to assist, simply contact us today

These come in three types. They are coil springs, torsion bars and leaf springs. Coil springs are what most people are familiar with, and are actually coiled torsion bars. Leaf springs are what you would find on most American cars up to about 1985 and almost all heavy duty vehicles. They look like layers of metal connected to the axle. The layers are called leaves, hence leaf-spring. The torsion bar on its own is a bizarre little contraption which gives coiled-spring-like performance based on the twisting properties of a steel bar. It's used in the suspension of VW Beetles and Karmann Ghias, air-cooled Porsches (356 and 911 until 1989 when they went to springs), and the rear suspension of Peugeot 205s amongst other cars. Instead of having a coiled spring, the axle is attached to one end of a steel shaft. The other end is slotted into a tube and held there by splines. As the suspension moves, it twists the shaft along its length, which in turn resist. Now image that same shaft but instead of being straight, it's coiled up. As you press on the top of the coil, you're actually inducing a twisting in the shaft, all the way down the coil.

These dampen the vertical motion induced by driving your car along a rough surface and so should technically be referred to by their proper name - dampers. If your car only had springs, it would boat and wallow along the road until you got physically sick and had to get out. It would be a travelling deathtrap until the incessant vibration caused it to fall apart.
Shock absorbers (dampers) perform two functions. As mentioned above, they absorb any larger-than-average bumps in the road so that the upward velocity of the wheel over the bump isn't transmitted to the car chassis. But secondly, they keep the suspension at as full a travel as possible for the given road conditions - they keep your wheels planted on the road.

These are the rubber grommets which separate most of the parts of your suspension from each other. They're used at the link of an A-Arm with the subframe. They're used on anti-roll bar links and mountings. They're used all over the place, and from the factory, I can almost guarantee they're made of rubber. Rubber doesn't last. It perishes in the cold and splits in the heat. Perished, split rubber was what brought the Challenger space shuttle down. This is one of those little parts which hardly anyone pays any attention to, but it's vitally important for your car's handling, as well as your own safety, that these little things are in good condition.

Signs of troubles related to the Suspension System

Here are some common signs that you may want to have your suspension system checked by a mechanic: 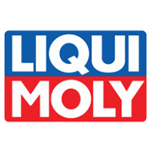